WE CAN EVEN COME TO YOU

OUR GUARANTEE OF EXCELLENCE 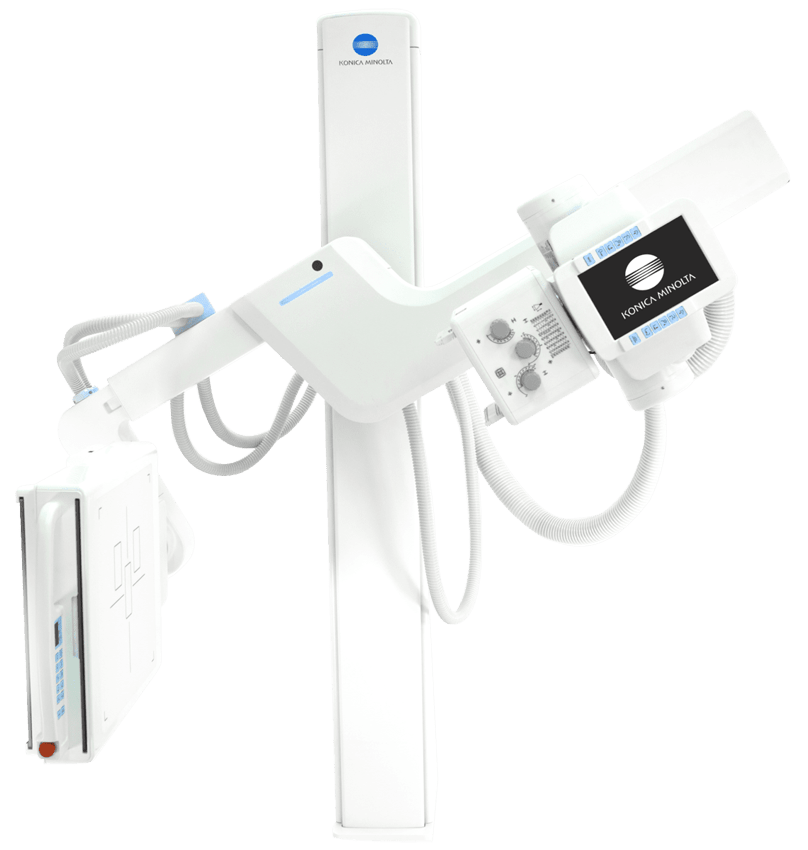 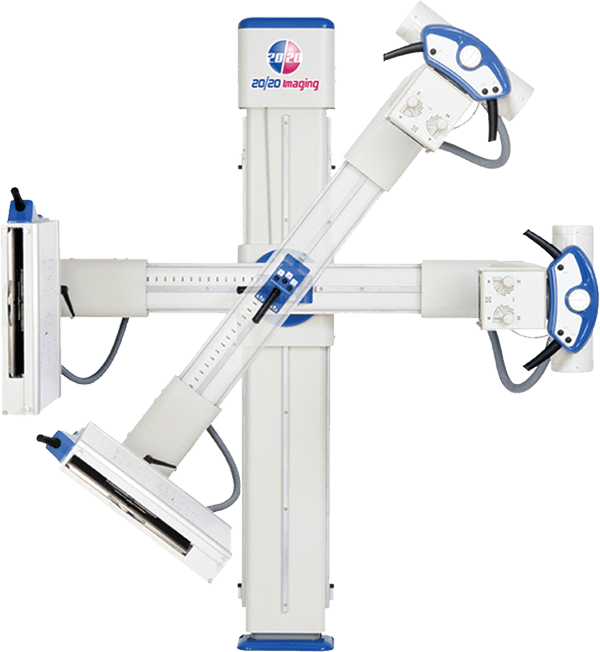 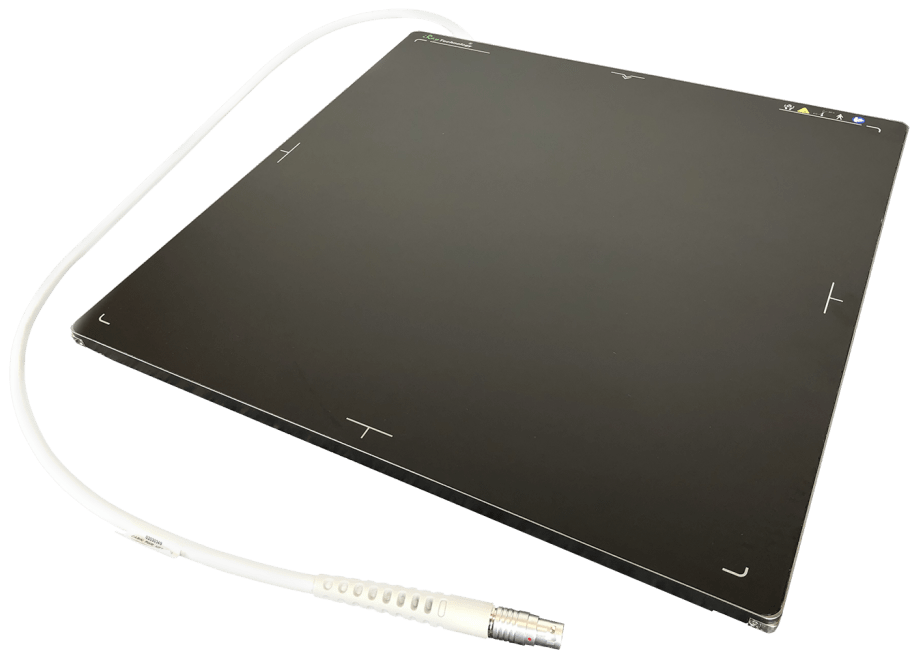 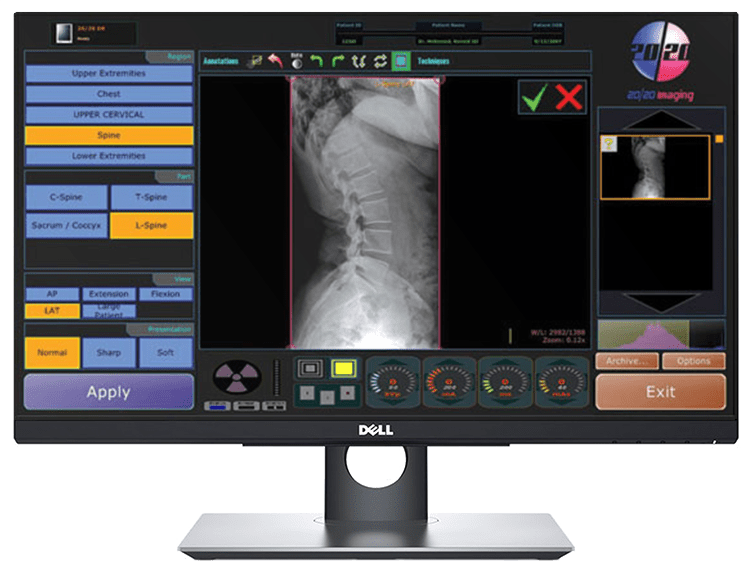 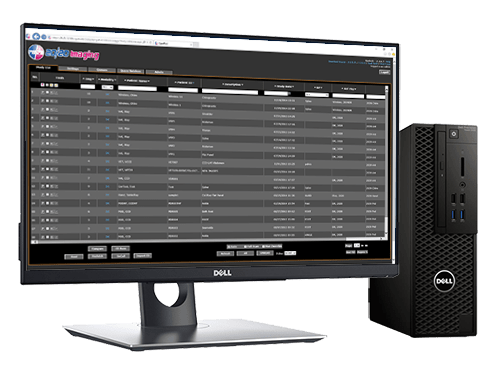 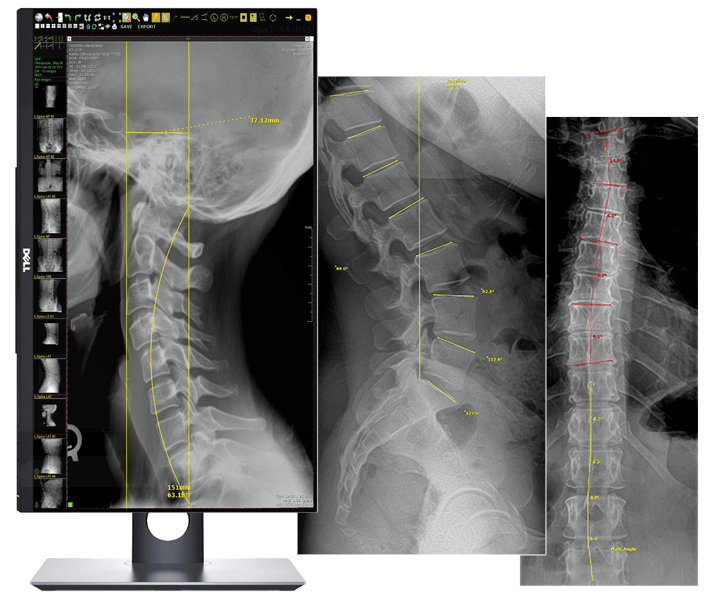 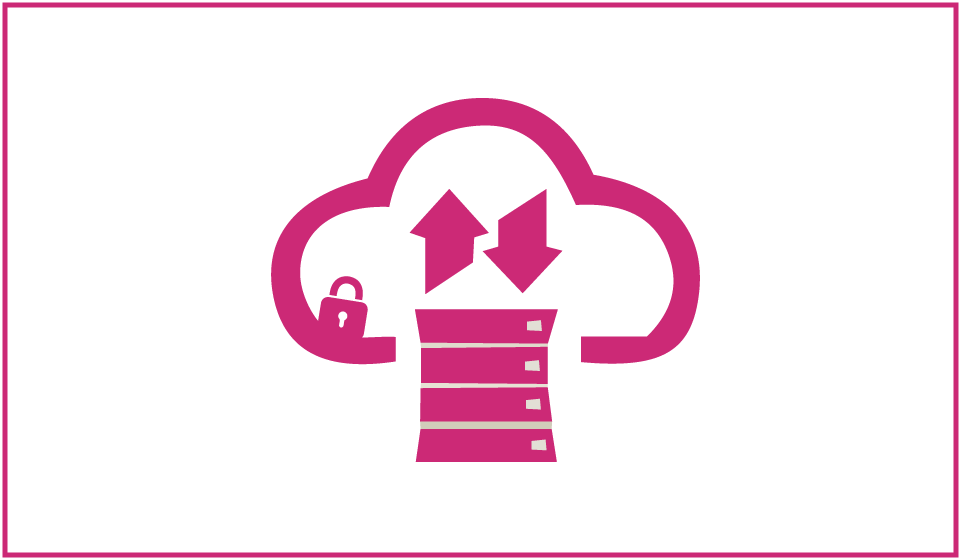 Partners We Work With 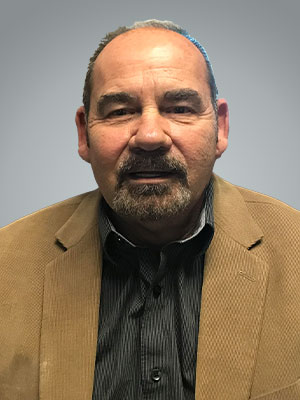 Michael’s journey in the imaging world began in 1975. He worked for several companies servicing and maintaining their imaging equipment. In 2002 he had the opportunity to branch out on his own and in partnership with a longtime friend and old employer James Krieger. His vast experience and expertise would serve him well in his new role He is the face of the outfit and ‘boots on the ground’ guy. His knowledge experience and customer service skills are to be underscored as he has gained the respect and loyalty of those he encounters, serves and works with.

Michael attributes his success to offering great customer service and treating his clients with respect – everyone is a part of his family. 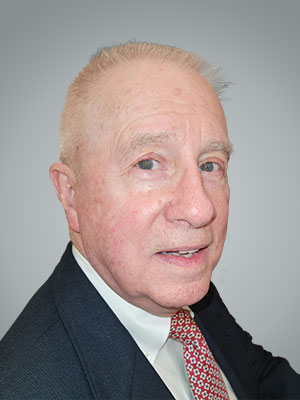 In his former years, Jim valiantly served his country as a member of the US Marine Corps. After his service he attended the University of Baltimore while working for a small startup imaging company.  He was their 3rd employee.  He majored and graduated with a BS degree in Business Management with a minor in Marketing.

His academic prowess and the experience he gained working, perfectly positioned him to become COO. He grew the company to become one of the largest imaging facilities in the country, with 300 employees across 11 offices from Virginia to Massachusetts. Sales grew to over $350m and his skills were not simply relegated to numbers as he also deftly navigated all 11 offices to function seamlessly as one cohesive unit.

In 2001, with the advent of the digital X-Ray world, business declined rapidly as their model could no longer compete. Within 6-months, the doors were shuttered.

Not to be deterred, Jim pivoted and repositioned himself because after all, customer service was not dead. He decided to start his own company. Like most solopreneurs, Jim quickly realized he needed support and reached out to an old, trusted friend, Michael Tokash. Michael worked at the old company and had the sales and service experience and expertise he needed and which he was no expert. Michael was offered a partnership which he accepted. As they say the rest is history. 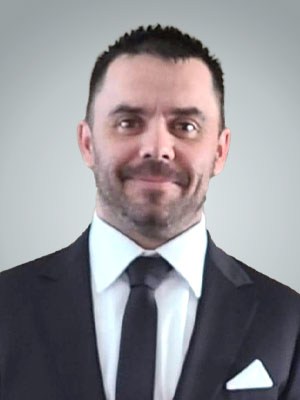 Hans Stewart has brought with him a depth of experience and knowledge to his role at Imaging Services which has served the company well in its growth. He has been a part of the Company for the past 5-years. He has over 18-years of Mechanical Engineering experience and 12-years working in Medical X-Ray and PACS.

He is a US Military Veteran and has earned an AAS degree in Computer Science. Additionally, he holds technical degrees in A+ Hardware, Software, Networking and Gas Turbine Engines. He has parlayed his experience and educational background into strong leadership qualities that has positioned him well for the responsibilities of his role.

Hans is not all work and no play; he loves any activity which gets him outdoors. 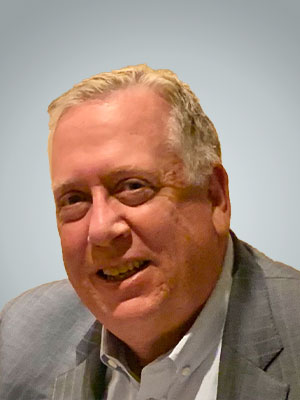 He is a graduate of Bloomsburg University and holds certificates in Electronics. He is well versed in the safety and handling of X-Ray equipment and is proficient in DEP requirements for radiation safety at the State and Federal levels. He has brought an outstanding skillset to Imaging Services for the past 13-years and is a valued leader and team member.

Paul takes time out for himself to relax by playing a round or 2 of golf, or, leaving it all behind to explore the world with some travelling. 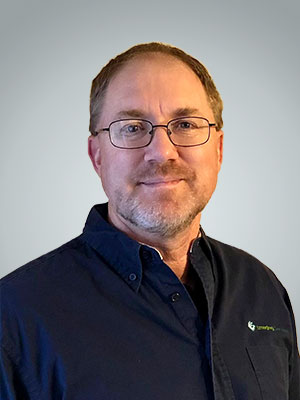 Jeff has been working in the Radiology field for over 30-years. He joined the Imaging Services team in 2008 as a Field Service Engineer and Sales Consultant. He has since been promoted to Service Manager. Jeff enjoys all aspects of the profession with a focus on customer service.

Jeff was born and raised in Lancaster, Pennsylvania, where he currently lives with his Wife and Son. In his free time he enjoys working on his classic Mustang and spending time at the beach with his family and friends. 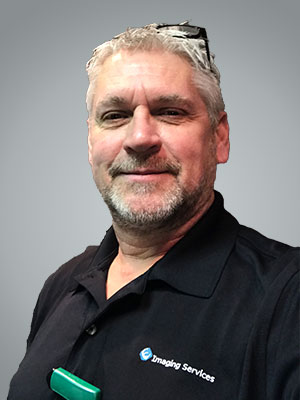 Tim embarked on his professional career in the imaging field in 1989 as a Solutions Service Technician aka Processor Guy. He worked for North Central X-Ray in Danville, Pennsylvania. That company exchanged hands over the years, but he remained and transitioned each time until September 2012.

He then joined the team at Imaging Services where he received training in X-Ray and Digital Services. To date he has amassed over 33-years of experience in the Imaging field and is proud of the assets he brings and the value he gains being a team member at Imaging Services.

When he’s not working, Tim may be found on his dirt bike riding the trails or playing the drums when his artistic mood hits. 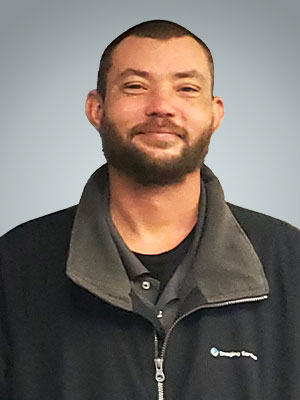 Damien is a dedicated employee who has been with Imaging Services since its inception 15-years ago. He has earned technical certificates in Medical Electronics and X-Ray System Maintenance. His technical abilities, know-how and customer service skills are unmatched. He is proud of the role he plays as part of the team.

He will tell you that he is a big kid at heart and balances the seriousness of his job with some serious gaming. Yes, video games. He also enjoys a good round of golf, some fishing and of course joking around. 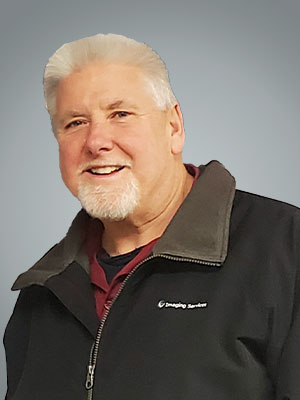 John has spent the last 42-years honing is craft and is an expert in maintenance and film developing equipment, film handling of CR and DR systems. For the past 15-years the clients of Imaging Services have benefitted from his depth and breadth of experiences.

He’s very active, is a firefighter and likes working out, doing yard work, bowling and all things sports, especially football. The Jersey Shore is his favorite vacation sport and he enjoys spending time with his grandchildren, shooting pool and chilling with some classic rock. 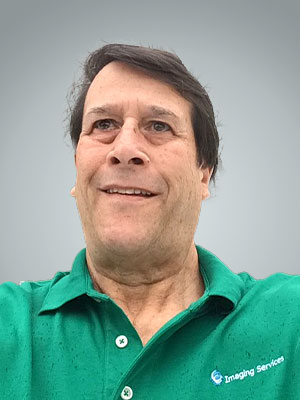 John has spent most of his professional career since the late 1970’s in the medical imaging field, primarily in film processing. Most of that time he worked as a service Engineer serving the New England region. However, with the advent of technology and the reduction of film usage to mostly research applications, his role also shrank.

While he is still involved in film processing, he has branched out into X-Ray and Digital Imaging with a focus on quality control. He joined the team at Imaging Services 18-months ago.

John loves being near the water and his home along the shoreline in Connecticut and smaller property on a tidal river in Virginia, both affords him and his wife plenty of opportunity to interact with his surroundings and wildlife. 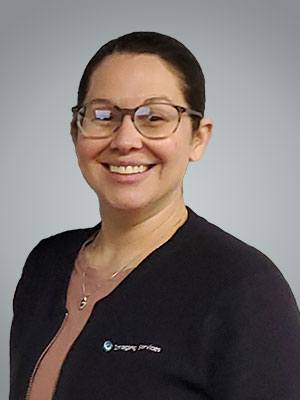 Alyse began her tenure with Imaging Services in 2020 as a receptionist. She loves the joy her family brings her and spends a great deal of her time with her daughter, extended family and pets. She cherishes those moments and will tell you that since her employment began with Imaging Services, she is now proud to call them family. 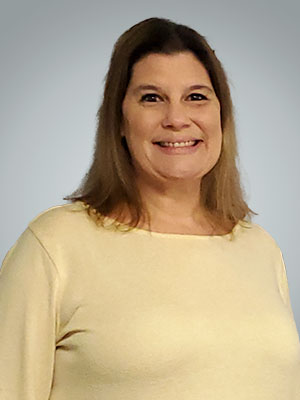 Veronica has been an integral part of the Imaging Services team since 2007 and has seen an upward trajectory of her role as her skills grew.  She was initially hired as the Office Administrator which then evolved into working in the Warehouse in Shipping and Receiving.  From there, she went into sales and now serves in the position as the Operations Manager.

She loves spending time with her children but knows time to herself is important to recharge so she enjoys a quiet time to herself to read.  You may find her reflecting on the mountain or chilling on the beach.  She likes both as the making of memories is what counts. Her motto is: “Nothing is impossible, the word itself says I’m possible”-Audrey Hepburn. 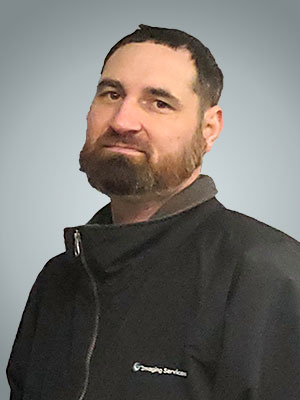 Adam began his career at Imaging Services and has been with the company since its inception. He also holds certificates in X-Ray System Maintenance and Medical Electronics. He has grown tremendously over the years as a professional in his technical and customer service skills. He is a proud member of the Technical Service team.

For hobbies he enjoys disc golf and bowling. Adam is a huge sports fan and loves Hockey. He bleeds orange and black as a diehard Flyers fan. 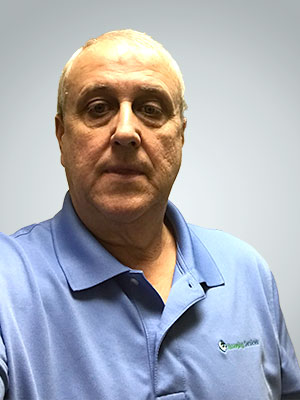 John has worked in the Imaging and service field for the past 35-years and has been a dedicated team member at Imaging Services for 18 of those years.

When he’s not working, you may find him on the open road riding his Harley Davidson motorcycle. 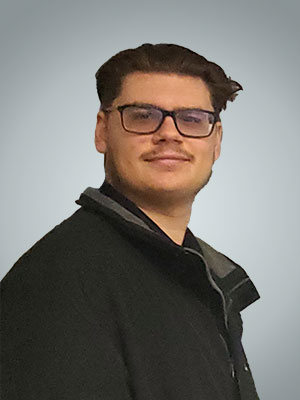 Michael is in the foundational years of his career and feels fortunate to embark on his professional journey with Imaging Services. He joined the team of Service professionals in 2020. While he is relatively new to his role at the Company, he has fallen in line with the paces and is eagerly learning all aspects of X-Ray and Digital Solutions.

He is a video game aficionado and enjoys hanging out with his friends.